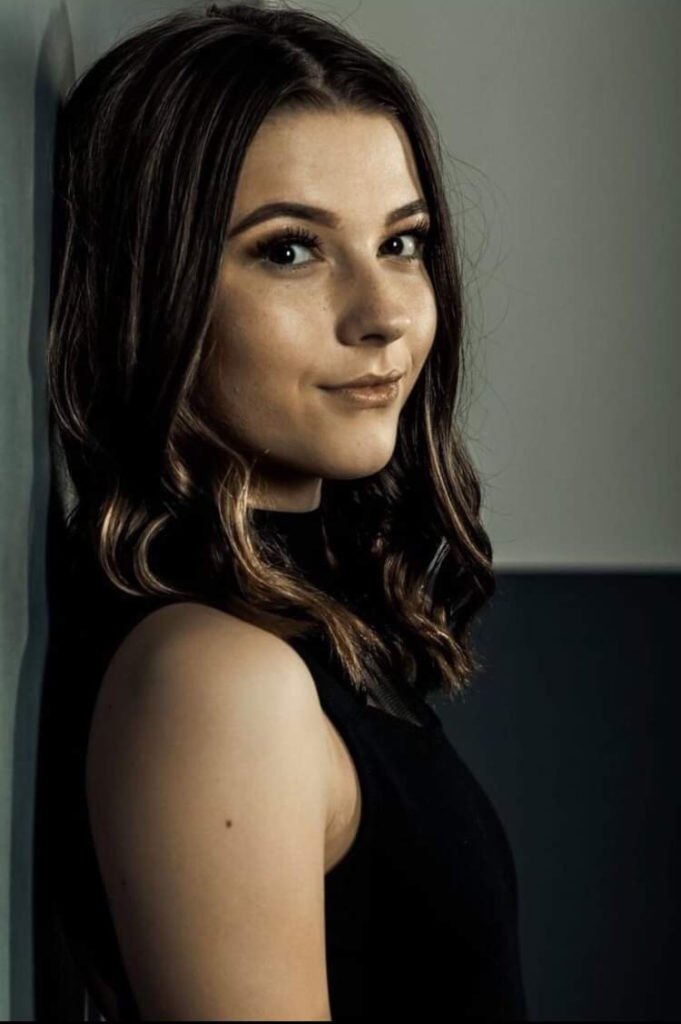 We were delighted to spend some time with one of our former students, Chloe, and her mum Laura recently. Chloe is particularly special to DN Dance as she is the first of our students to go on to college to study performing arts in order to pursue a career on stage. So, before she goes off to become a superstar, we thought we’d take the opportunity to chat to Chloe and her mum about their time at DN Dance, about what she’s doing today and her career aspirations.

Tell us a little bit about yourself.

(Chloe) – I’m 16 years old, and I’m from Portobello near Edinburgh. I love dance and drama and being in big productions on stage. I’ve performed with the The MGA Academy of Performing Arts in Edinburgh and the Lothian Youth Arts & Musicals Company (LYAMC). I also trained with with DN Dance for about 5 years and I’m now on the musical theatre course at The Dance School of Scotland, Knightswood in Glasgow.

Where did your interest performing come from?

(Chloe) – I’ve always enjoyed performing. I remember from back when I was young, I loved dressing up and playing a character. But my interest in being on stage actually came from watching my older brother Kieran performing when I was about 7 years old. I remember looking up at him and thinking, ‘I want to be up there’.

What are some of your highlights?

(Chloe) – It would have to be when I played Molly in the musical Annie with LYAMC, when I was 9yrs old. I remember the feeling of standing on stage during that performance, that was the first time I thought ‘this is what I want to do’. It helped that it was a really good cast. I remember feeling so calm that I only learned my lines the week before the show.

(Laura) – I was really worried for her, because the year before, when she was 8 years old, she had a really bad time with stage fright. But even though she learned her lines at the last minute, she got on that stage and you would never think that she had been nervous before going on. 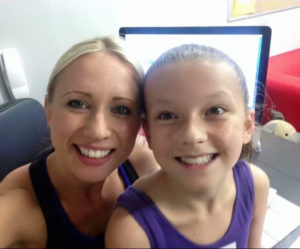 What are your earliest memories of DN Dance?

(Chloe) – I remember feeling absolutely terrified before going in. I was 10 years old, which is quite late to start dancing, and I was joining a class who all knew each other and had been dancing together for a while. I always remember how Nicky brought me in and took me over to two girls, Amiee and Ava. They were really nice to me that day and it became the start of a friendship that’s still important to me. I think we’ll always be close now.

(Laura) – Chloe was absolutely petrified before going in to her first class. I remember I couldn’t tie her ballet shoes and I was nervous for her, as we lived on the other side of town, I would stay out in the corridor during her class. That’s where I met some of the other mums, some of whom I’m still in touch with today. 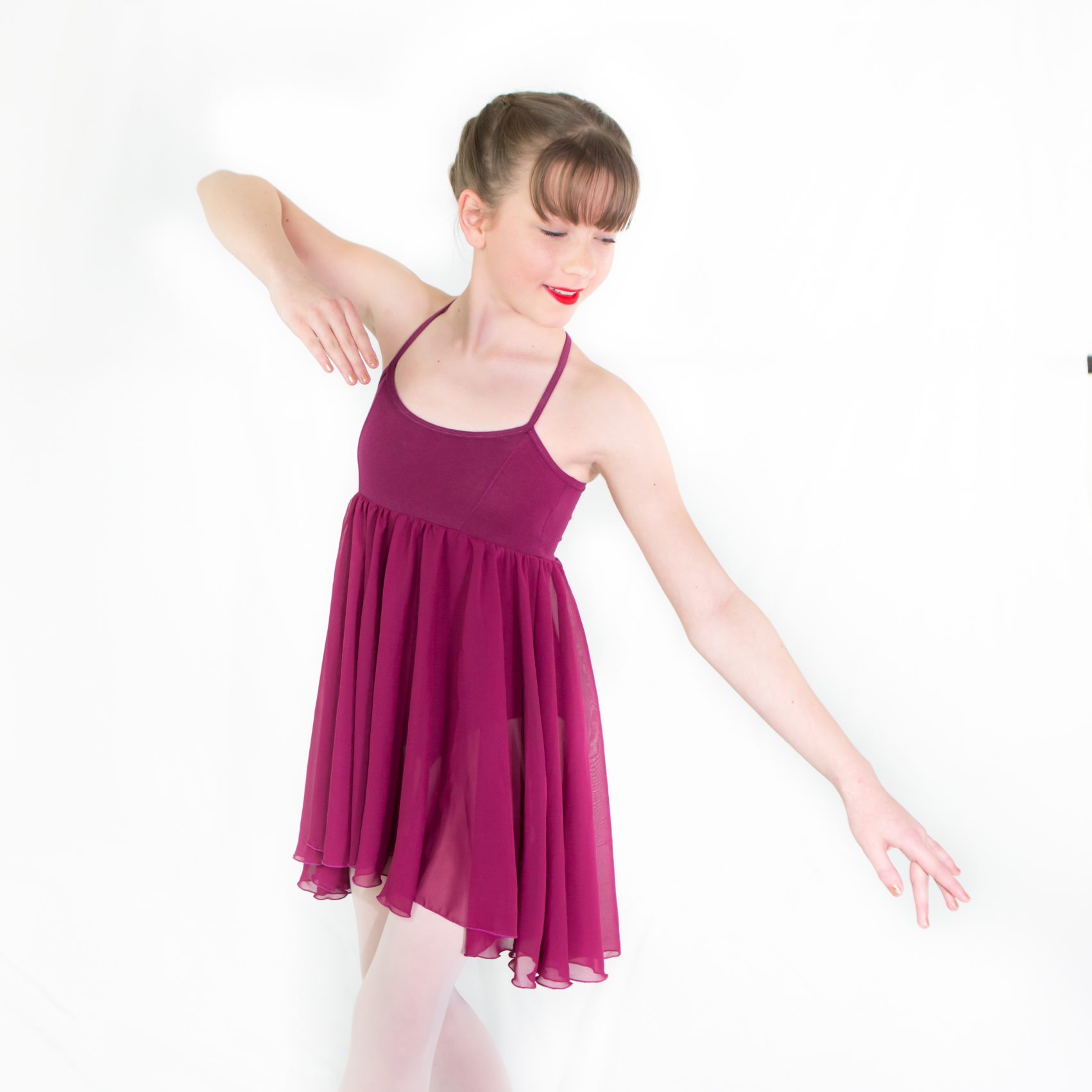 What is your favourite style of dance and why?

(Chloe) – When I was at DN Dance it was tap, but since leaving it’s become Jazz or Lyrical.  But it really depends on the class, the style, the music, and the teacher. If you don’t have the right teacher, it can be difficult to connect with what you’re doing. So, it really depends on a number of things.

What are your best memories from your time at DN Dance?

(Chloe) – There isn’t one overriding memory, rather it’s all the little memories over the years, like preparing for the biennial DN Dance shows, being at the theatre, all the little chats in class, and the togetherness. I loved how we would be pushed hard and challenged, but in a good way that was fun and positive, never in a negative way. Also, all the times spent learning different dances that I loved; there was one from Tarzan, and one called ‘Lost Boy’, the song, the costume, everything about that dance was so good.

(Laura) – For me it was the Panto in St Serfs and then watching the shows every second year. We didn’t get to see them dancing too often, so seeing the difference in Chloe’s ability, the progression from show to show, that was always a highlight for me.

What were your proudest moments and greatest achievements at DN Dance?

(Chloe) – It was all the little moments. Like in class when I had been working on something and was maybe struggling with a certain move, but then it clicked, and I did it right. I remember we’d been working on fouetté turns and I found them so hard at first, then when I finally got it , it was so satisfying, but also a relief! Also, when I was dancing, and I would get all the steps right. Then when I got a distinction in my ballet exam.

(Laura) – Again, it was watching the shows; the last one at the Edinburgh International Conference Centre in particular. Just seeing the progression over the years. I remember my mum turned to me and saying “I just can’t believe how much she has come on”. 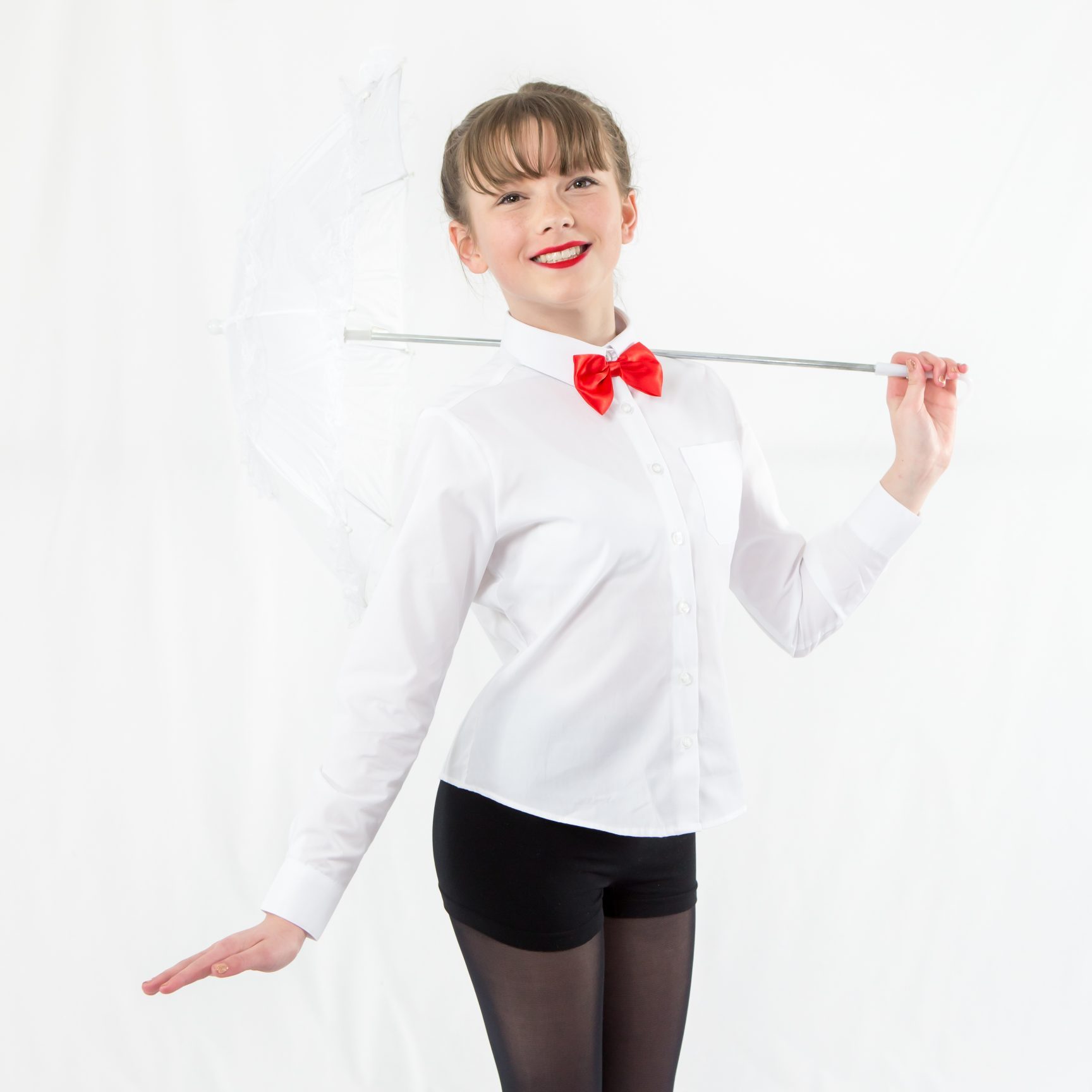 How would you describe DN Dance?

I knew everyone in class and the teachers were always the same each week. The consistency was so important as it always made me feel so comfortable. There was never something that made me feel I didn’t want to be there.

I’ve been really fortunate to have been involved in performing with so many great organisations, and it’s never easy to move on. But leaving DN Dance was especially difficult, I remember coming in on my last day, it was so emotional. I still miss it today.

(Laura) – The main word for me is “family”. It felt like a big family. I was always made to feel welcome, you could tell Chloe just loved going to DNDance. 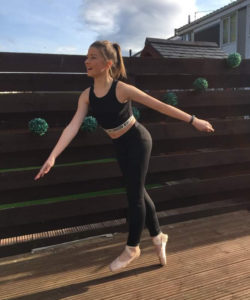 (Chloe) – Well, I left DN Dance to go to The Dance School of Scotland in Glasgow, after being offered a musical theatre course. Half of the week is in normal classes mixed with the rest of the school, and the other half is musical theatre in the dance school where I learn singing, acting and dancing. Now that I’m studying three disciplines I don’t do as much dancing as I used to. I still do Jazz and ballet, but not so much tap these days.

(Laura) – Chloe decided to defer a school year and go into The Dance School at S3 – Preparatory Theatre.  She will be there for four years.  She stays there during the week.  This has taken some adjustment on the family as Chloe is only home at weekends, but it has definitely been worth it for her. 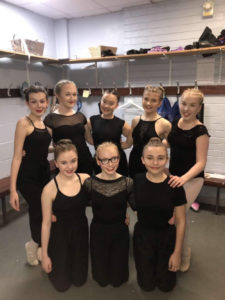 How did you feel when you got in?

(Chloe) – Surprised. I really wasn’t expecting to get in because they don’t take very many people each year. I knew I had done a lot of dancing, but I wasn’t as confident at the singing and acting.

(Laura) – We were extremely proud of Chloe getting a place, she doubted herself but she earned her place and deserves to be there.

How do you overcome you nerves?

(Laura) – When watching her on stage, you would never think she was lacking in confidence. 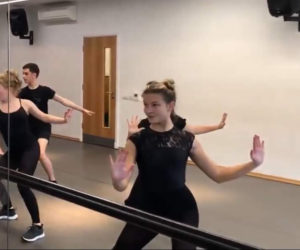 How have you found the residential at The Dance School?

(Chloe) – It’s hard in some ways because I’ve had to get used to being around people all the time and not having my own space. But it helps in other ways getting to know my surroundings, also learning how to get on with different types of people. It’s forced me to become more independent.

(Laura) – The residential is brilliant as there is 24-hour care, so I know that she is safe. But they are also expected to look after themselves so she’s becoming more independent every day. It’s like a stepping stone into what life would be like at university or professional college.

What are your biggest achievements since moving on to college?

(Chloe) – Learning to live with people. Learning how to be more independent. Learning to relax a little bit more and just get on and do things. I used to take things so seriously, now I’ve learned to let myself enjoy things a bit more.

(Laura) – As a person, she has become more confident, she’s grown up. Watching her gain her independence, much more now. That’s been my proudest moment as a parent.

What are your future career aspirations and goals?

(Chloe) – I’d love to go to a professional college in London. I’d love to perform on the West End at lease once, but so long as I am performing, I’d be happy.  Then after I perform, I want to do some directing. I’d also love to do some choreography, to see my vision and creation being danced on stage would be amazing. 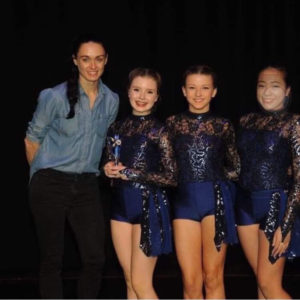 Our DN Dance students who are thinking of their own next steps, will be looking up to you and how progress in your career.  How does that make you feel?

(Chloe) – It’s really nice but also scary to think that people would be looking up to me. I hadn’t thought about it before. But I’m also watching them to see how they get on; particularly the girls who were in the competition team with me. Seeing how all the girls are developing and where they are going to end up is so interesting. It’s also lovely when I see them at events and workshops, as they react to me like I’m still one of them.  It’s a special feeling.

(Laura) – The parents all keep in touch through social media which is lovely. They will send you very supportive messages when they see things on Facebook or Instagram, and I do the same when I see them.  The whole experience has been very positive both for Chloe and for me as a parent.

Having started dancing quite late by usual standards, Chloe is an example of how hard work and dedication can take you as far as you want to go. It was a real pleasure chatting to Chloe and Laura. We’ll be watching with anticipation as Chloe progresses in her training and we’re super excited to see where her career takes her.